Holding a discarded object in a junk shop, exploring its contours, feeling the patina it has acquired over time and use, one feels that the object could tell a story. Imagining that story is fanciful, yet tempting and inevitable.
In an increasingly digital world, we crave the ‘real’ or ‘analogue’: wooden floors, vinyl records, purposely-misaligned print registration, photo apps that imitate light leaks and vignetting… Simultaneously, the love of imperfection and transience, whether through the notions of wabi sabi or Kintsugi, or their superficial borrowing in the West – through current trends like ‘upcycling’ and ‘shabby chic’ – has become ubiquitous. Such is the extent that it has become a desirable look: furniture and other objects in our daily lives are ‘distressed’ with fake patina in an attempt to imply some kind of back story.
The works in this show stem from an urge to commemorate the real, to celebrate the sometimes innocuous objects that can carry so many personal stories and memories within them, as if they had lives, souls or at least some form of spiritual essence of their own – a belief known as Animism, which is still practised in certain cultures today. The objects depicted in these works are of personal significance to the artist. The most personal can be the most universal.

Animist is a collection of 40 works, mostly consisting of acrylic paintings on board by Belfast-based artist Jonathan Brennan. The number of works corresponds to the number of years the artist reached in 2018. Each object is painted using three primary colours (cyan, magenta and yellow) and black and white, mostly in a single sitting. Some of the pieces include collage, linocut, screenprint and cyanotype. The subject matter covers both natural and manmade objects.: from rhubarb, plums and oranges to ornaments, souvenirs and items of clothing. Most works are painted from life from a similar viewpoint – some are painted from memory, where real life examples can no longer be found.
Each object is painted on a black background. Extraneous detail is removed, thereby presenting the object centre stage to the viewer and lending it a heightened sense of presence. This isolation of the object in this way probably is influenced by Spanish 17th century still lifes by Sanchez Cotán and Zurbarán.

The black hole that future historians will encounter when endeavouring to document our age will be a significant obstacle: photos that are never printed, digital correspondence in deleted email accounts, entire lives stored on hard drives that will eventually perish, many within our lifetimes. When the living cease to live, what is left behind? Objects and memories. In Beckett’s short play Breath a life is reduced to 25 seconds, the vagitus cry of birth followed by a single inhalation and exhalation over a stage ‘littered with miscellaneous rubbish’. Among that rubbish there will be pieces worth retrieving, worth holding; objects imbued with life. 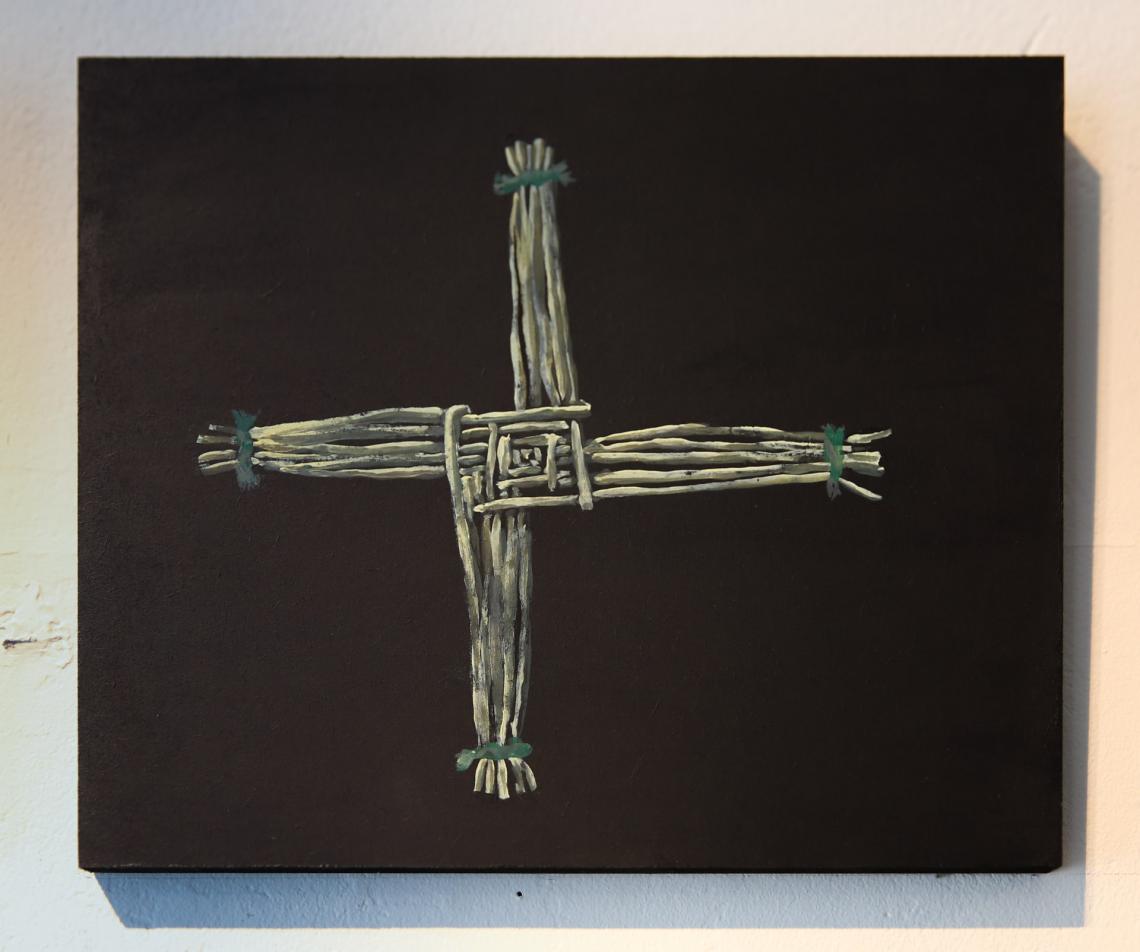 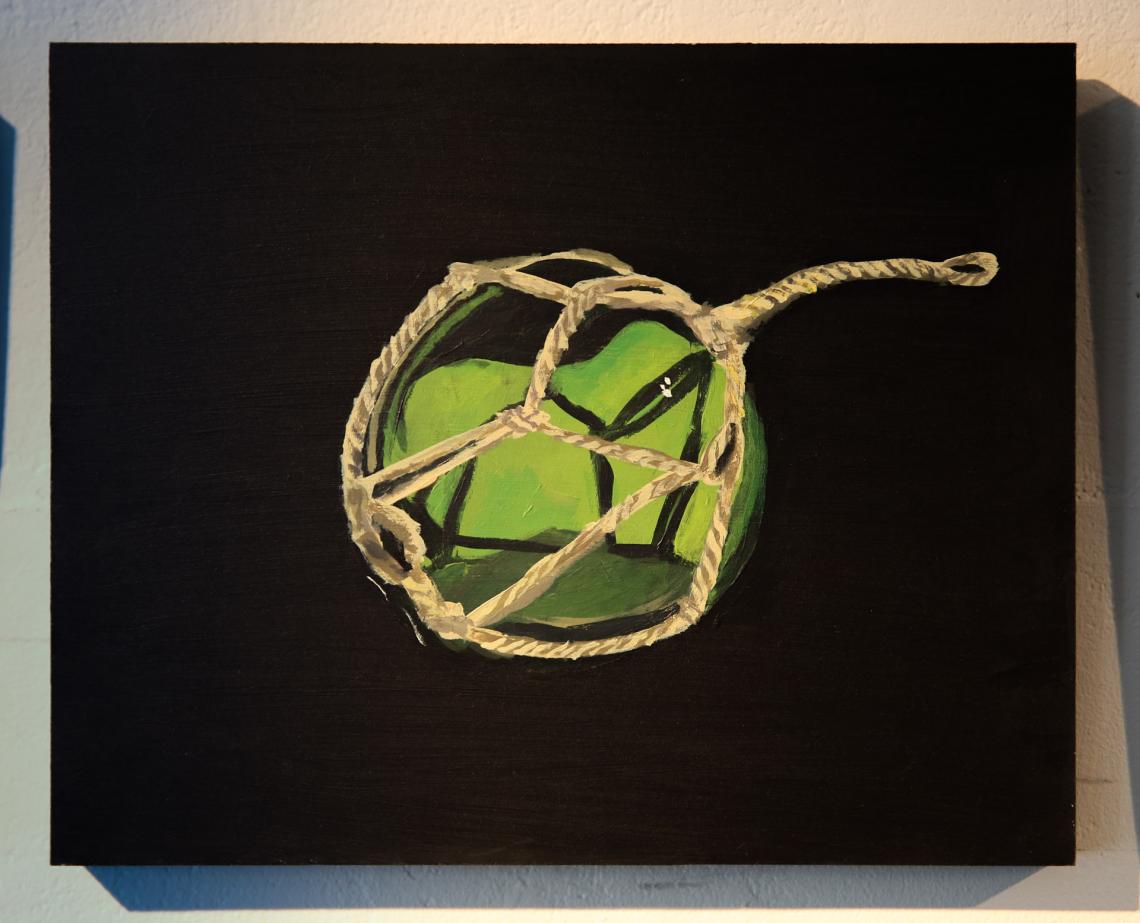 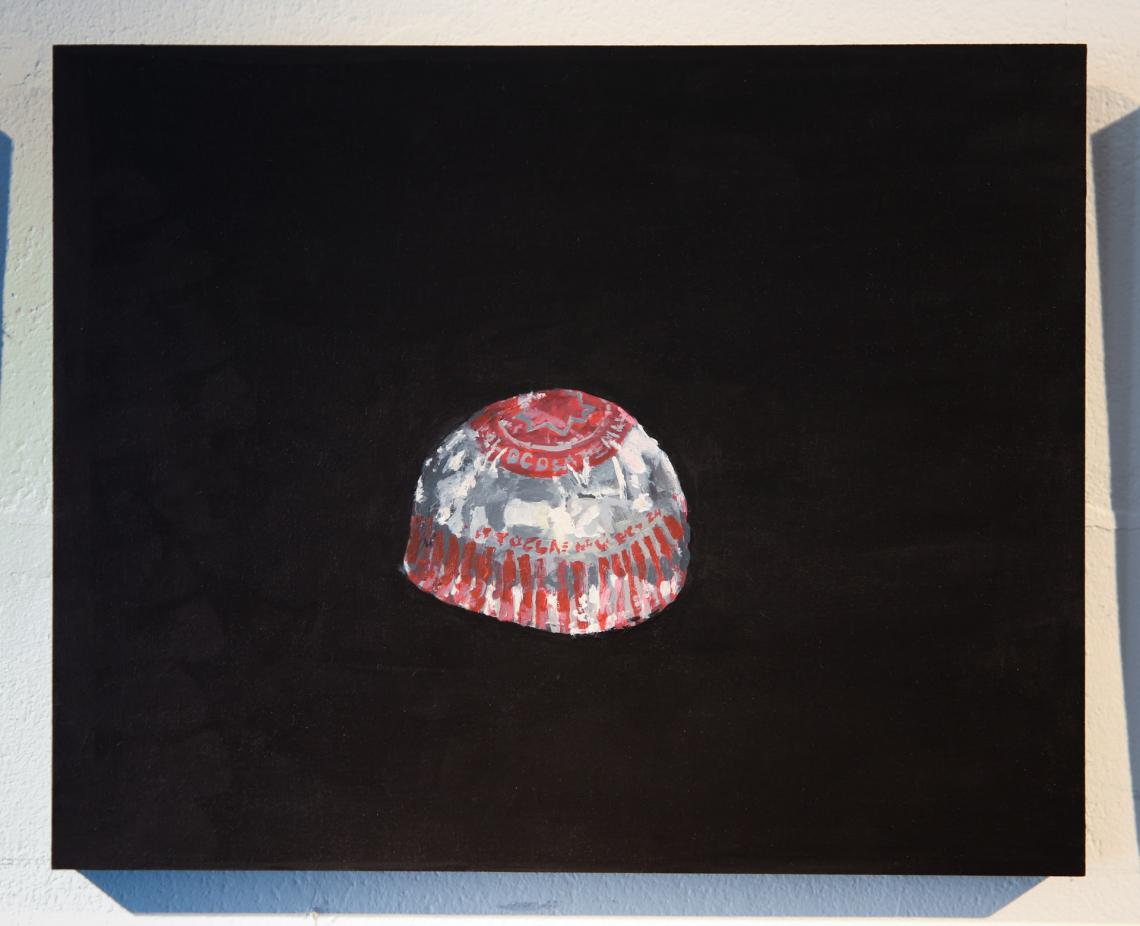 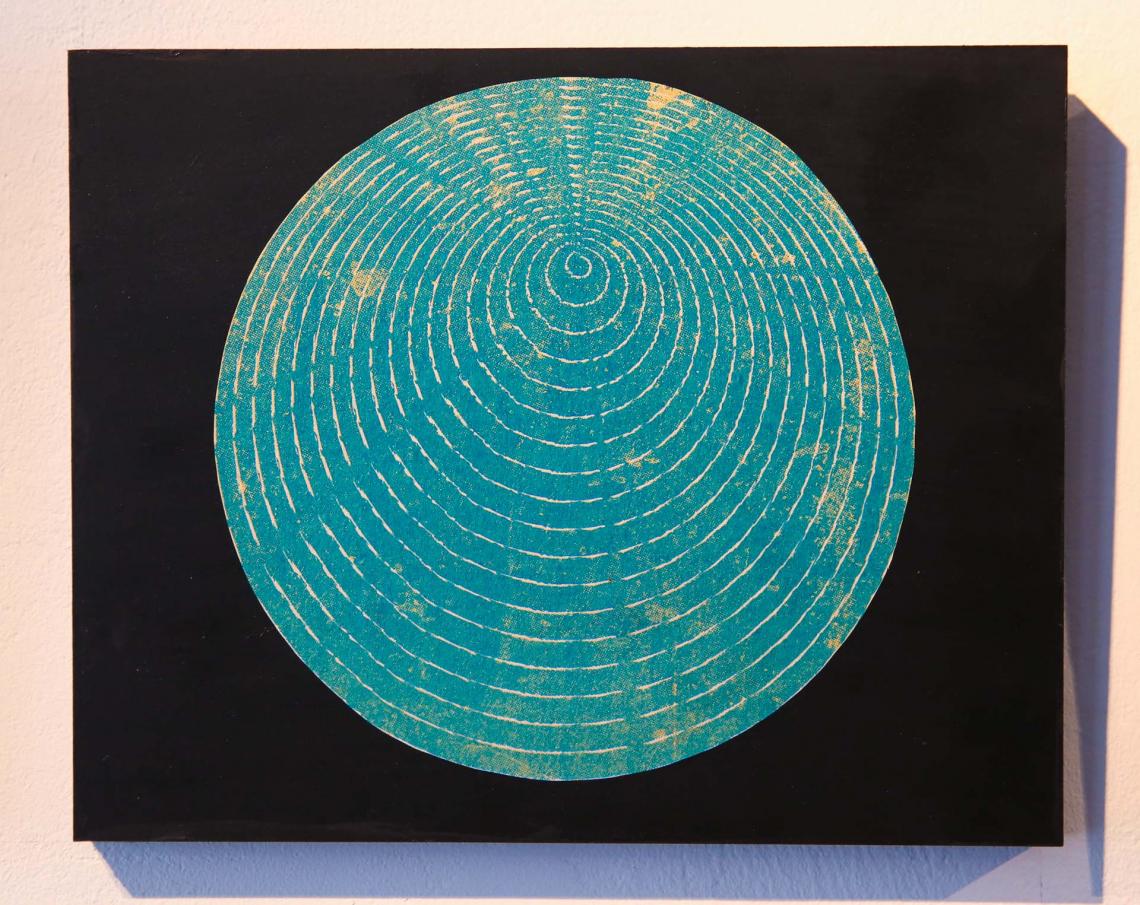 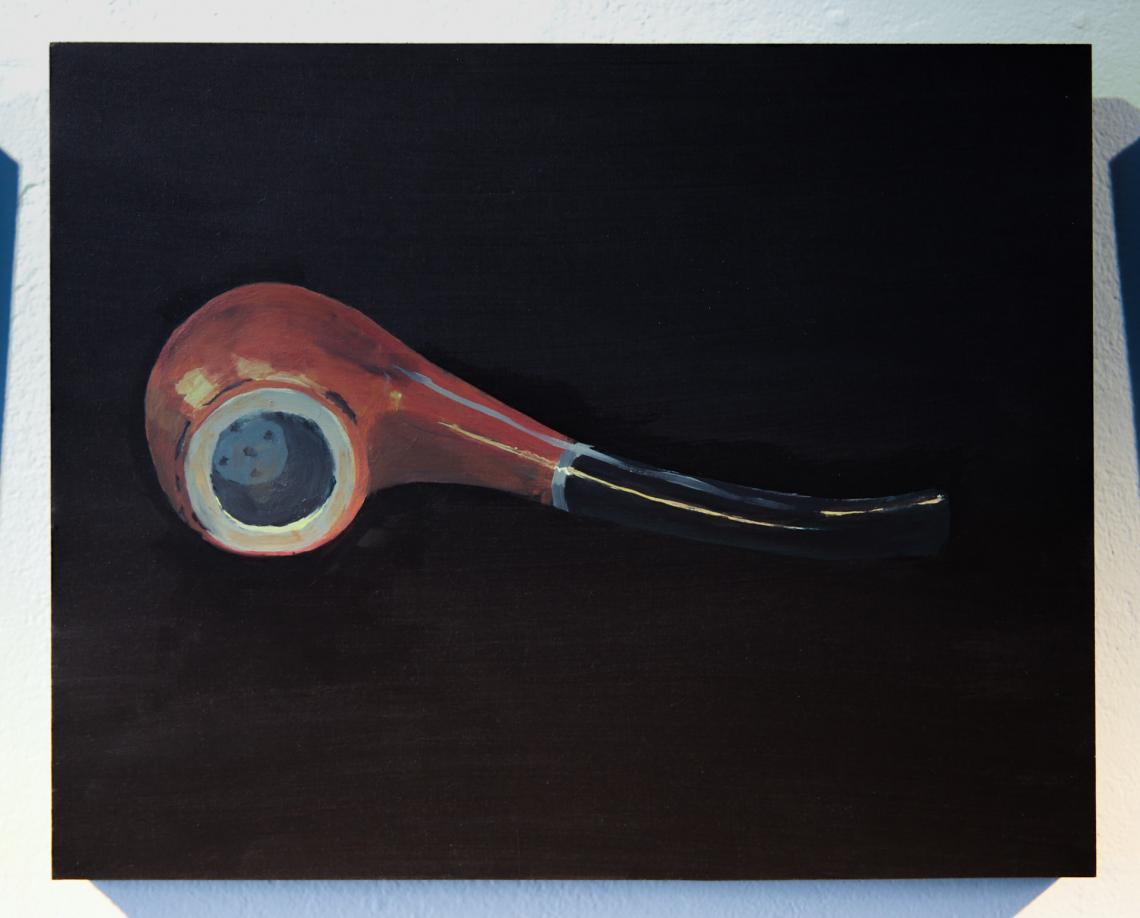 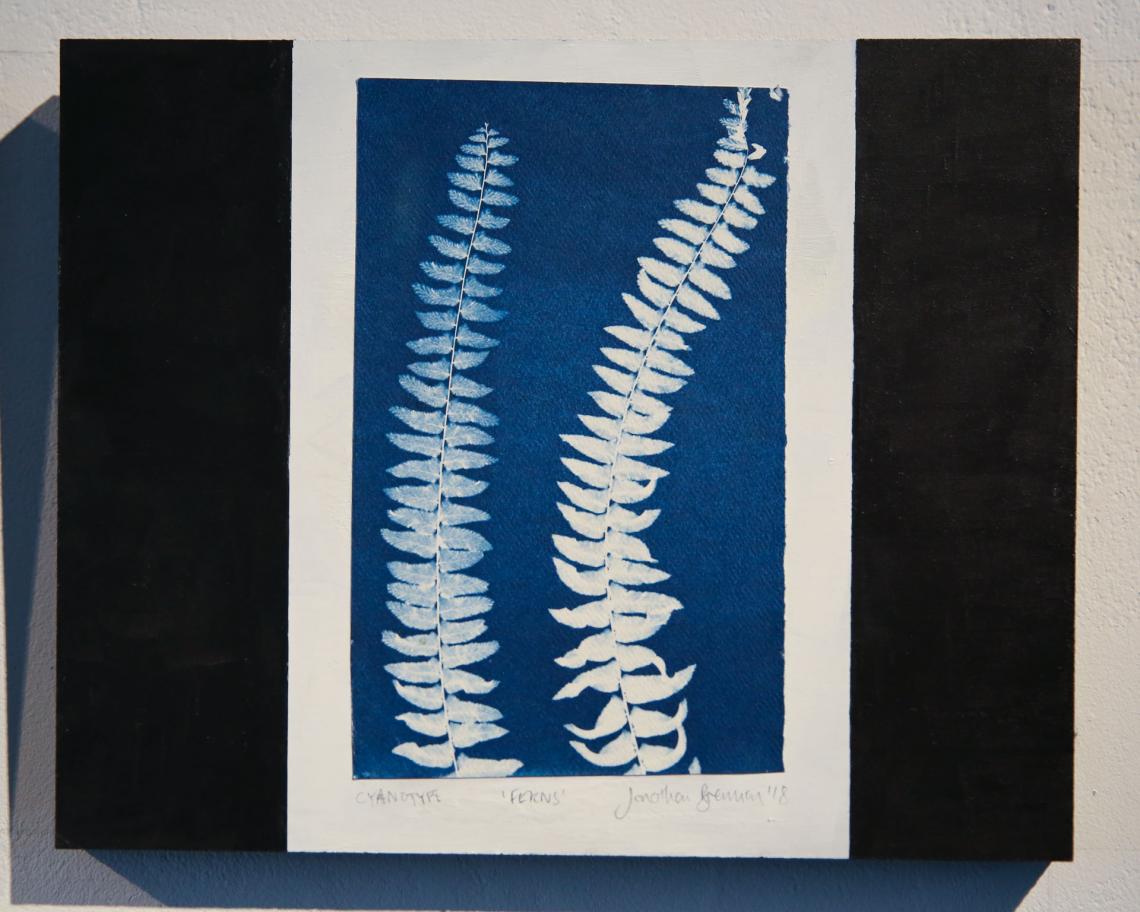 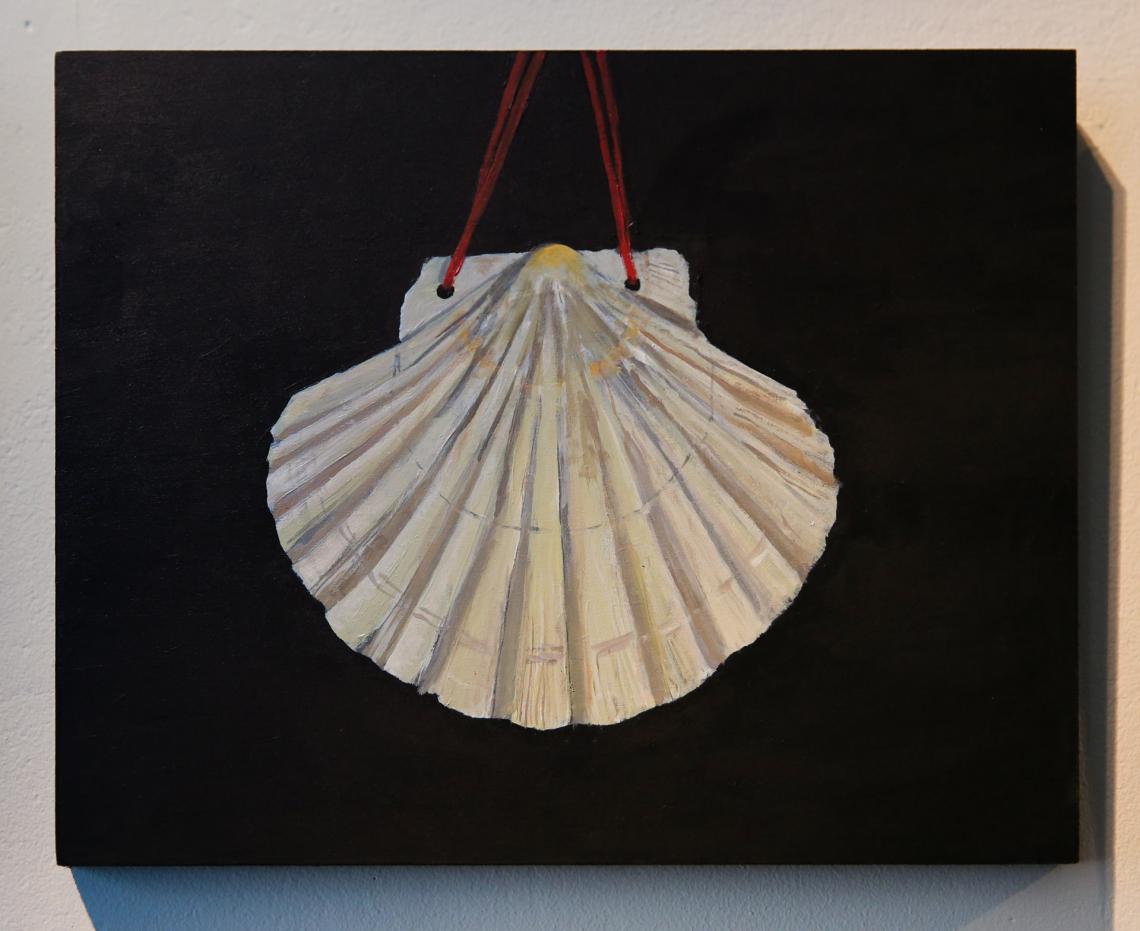 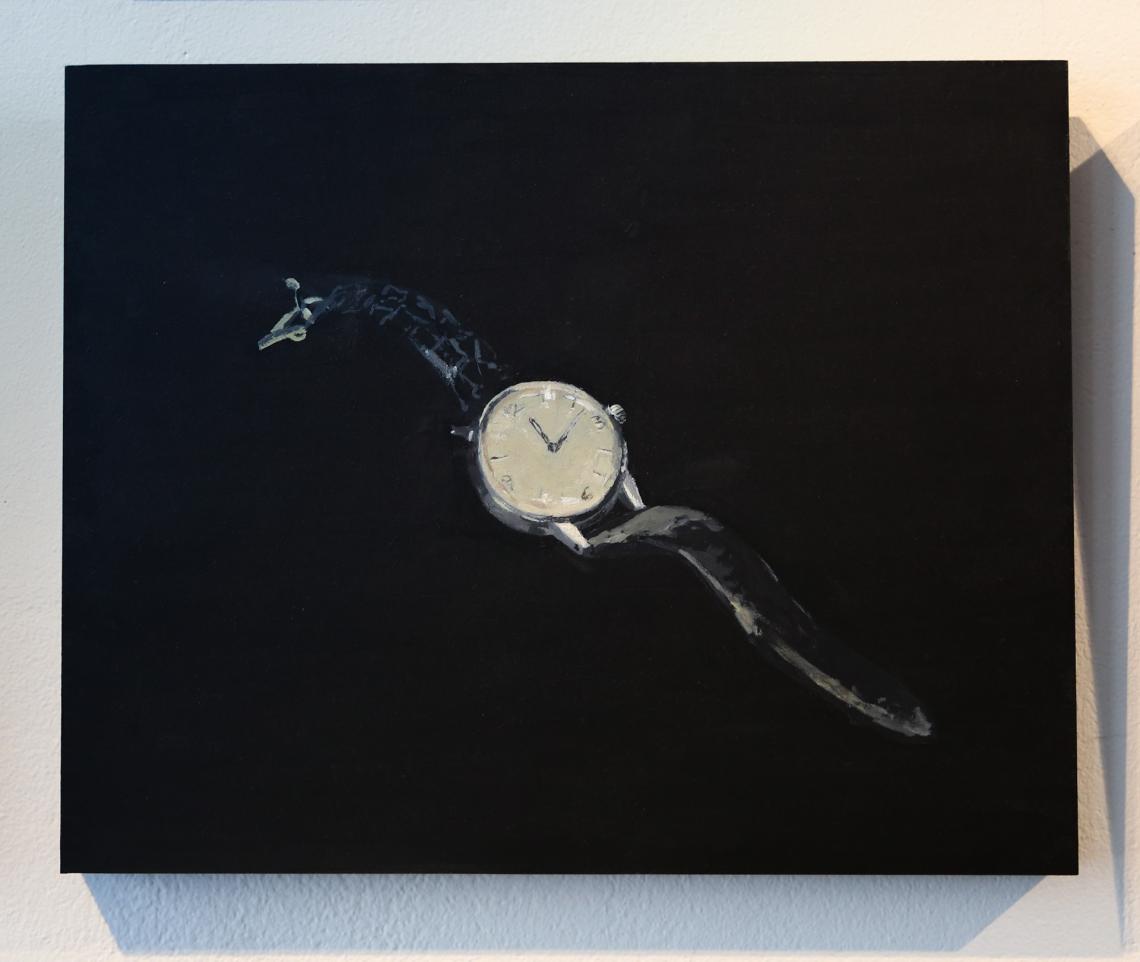 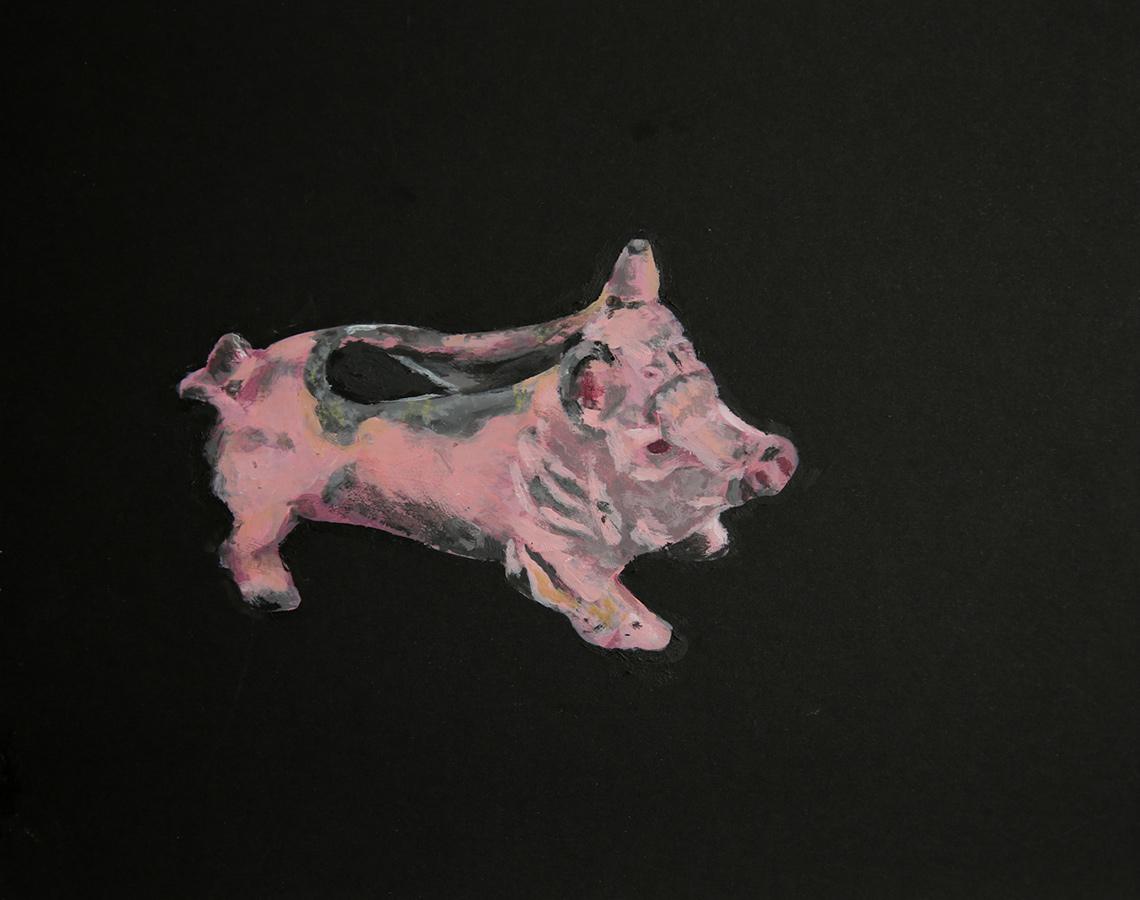 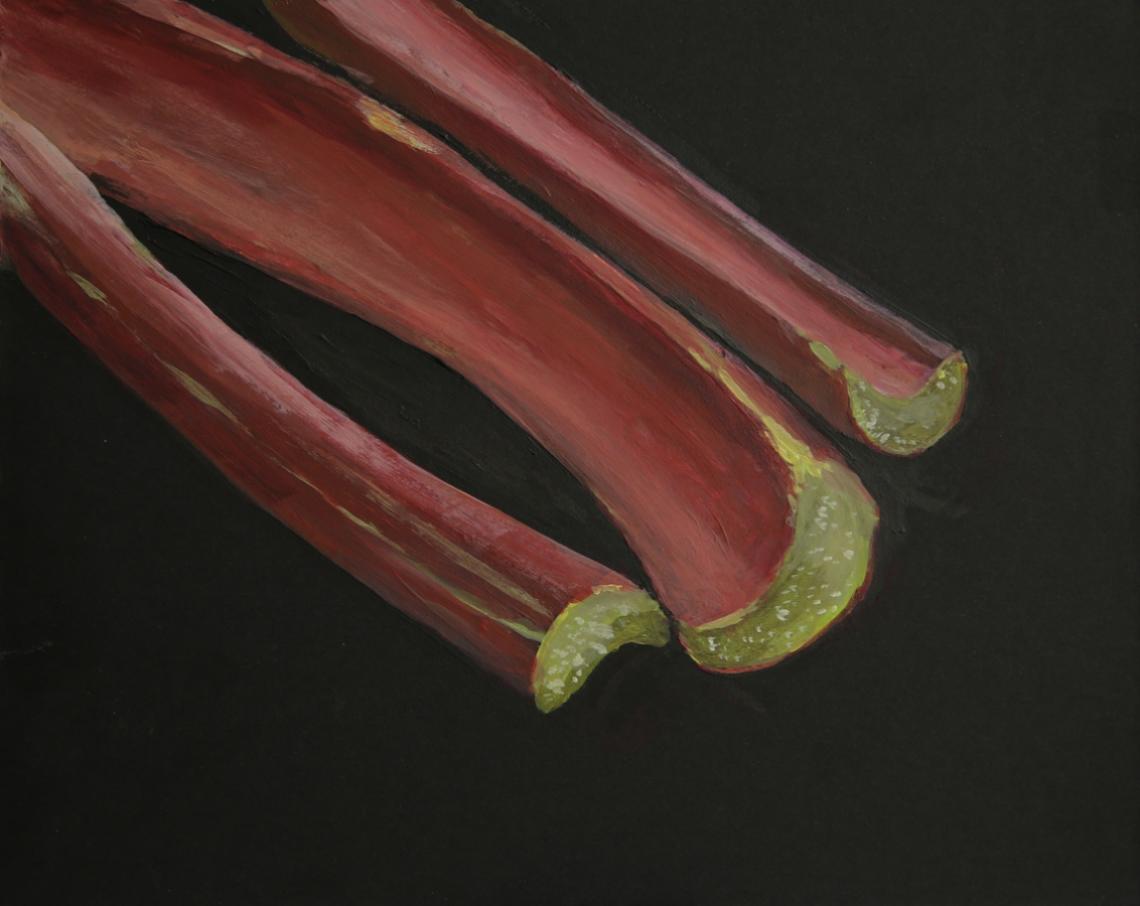 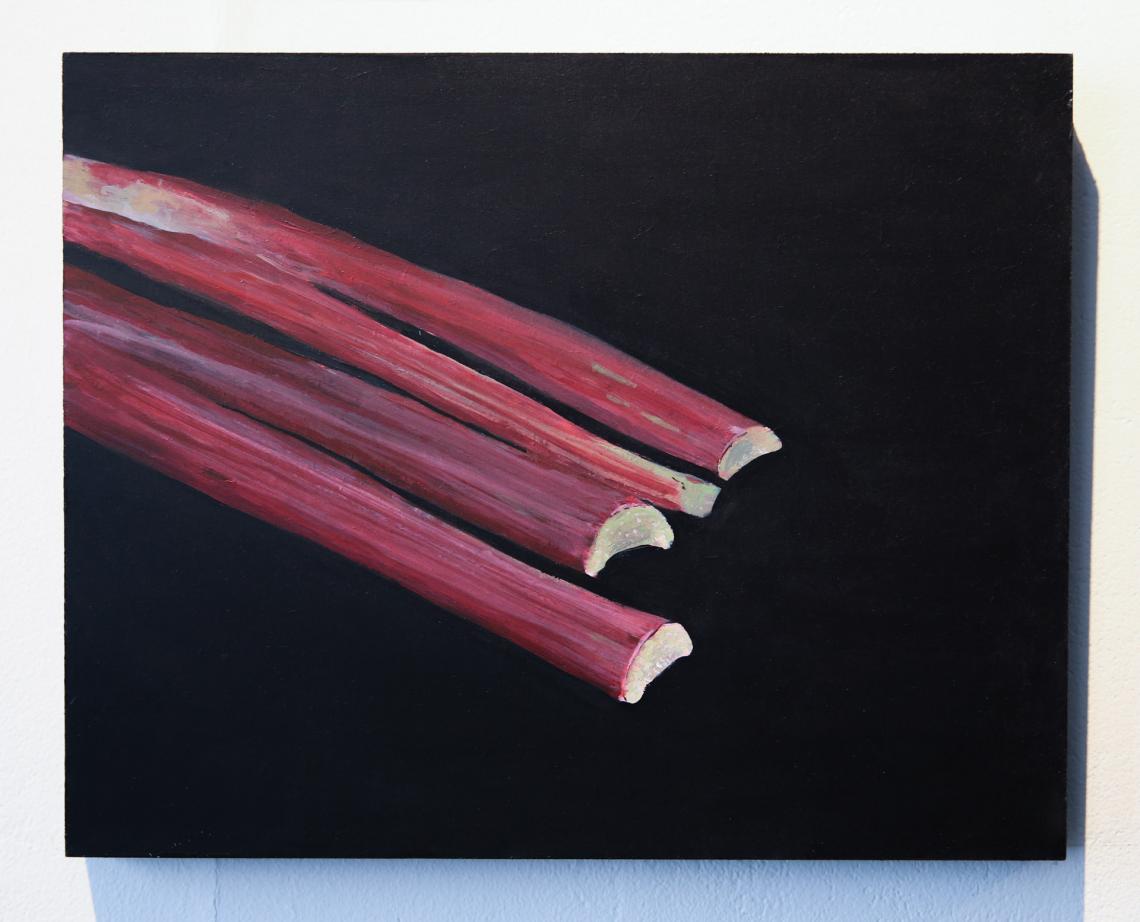 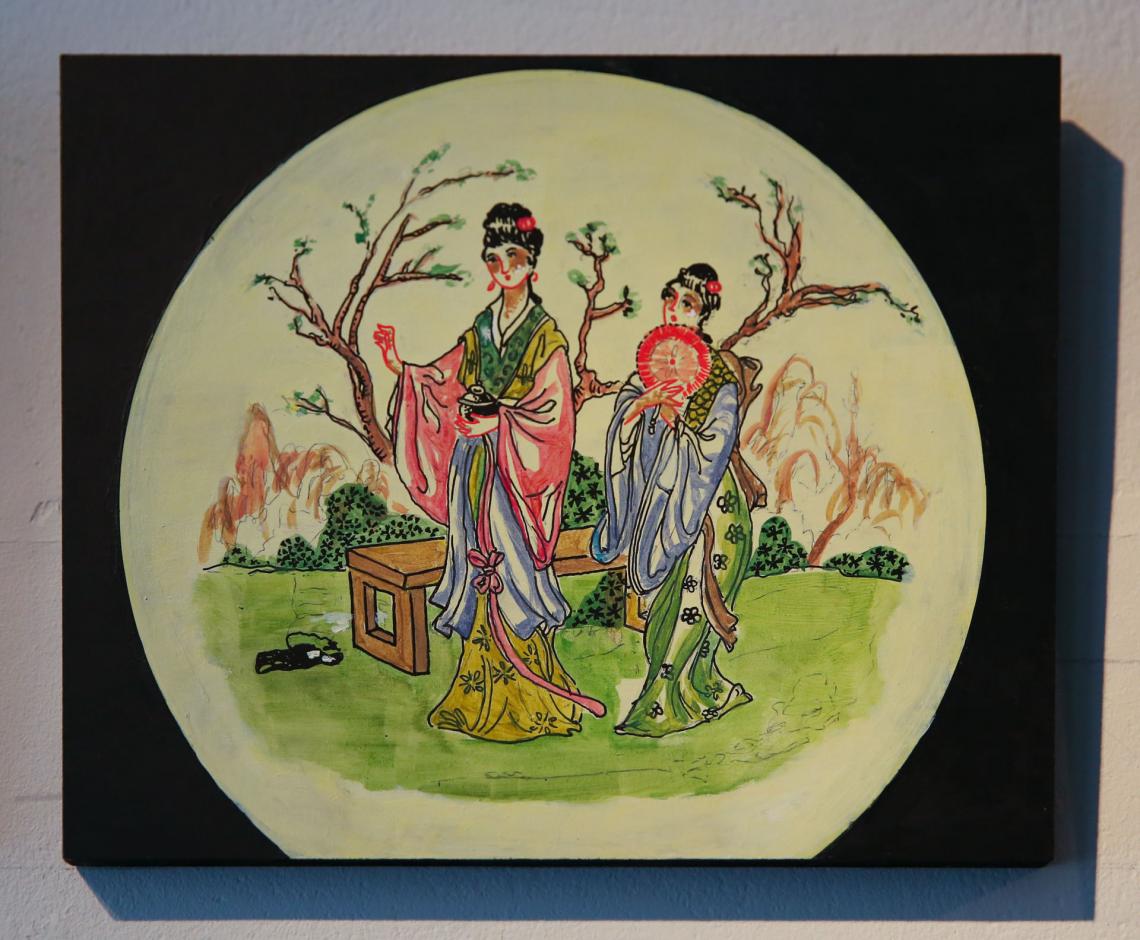