"Host": an 8-steps journey from the outside in. Text by Moran Been-noon.

“When we dream alone it is only a dream, but when many dream together it is the beginning of a new reality.” ― Friedensreich Hundertwasser

Eight artists, four Dublin-based and four Belfast-based, came together to create two exhibitions; one hosted in Dublin and the other in Belfast. Starting from a single sentiment, “host”, each artist travelled a distance into their own narrative world, using the group prompt as a conceptual and methodical challenge. The work in the exhibition includes meditations on our relationships with the natural world, with places and traditions, with architecture, with each other, and with our own thoughts and emotions.
Telling the story of Host starts from the artists who explore the term’s expressions out in the world. Tim Millen’s series of oil paintings explores the recursive relationship between humans and the natural world, relating to the biological meaning of hosting – an organism that harbours something and a parasitic organism. Taking the human element further into socialised? relationships, Alana Barton’s mixed media painting installation invites us step into a childhood moment and join the playdate in her painting, composed in manner paying tribute to Renaissance painted scenes. Millen and Barton both took the idea of the containing-contained relationship model to portray the implicitly unbalanced system of social behaviours in human connections and between humans and other organic beings.

Jonathan Brennan’s project is rooted in his relationship with the building that harbours his artist studio. Vault Studios in Belfast is located in a re-used building, the location’s past giving it a real sense of place rather than a blank site to work with. Brennan’s collection of photos found in the space were an attempt to resolve the link between the place’s past, which is the host of his present at the studio. The past held on to its secrets and the place remained unresolved, an outcome that’s expressed through Brennan’s multi-angled consideration of the architecture’s form, material, and content.

Exploring possibilities of understanding place in contemporary political context is Margot Galvin. Her pieces are abstractions of mappings and landscapes, sending us on an impossible journey through the gallery in the attempt to resolve the location portrayed in the art. Galvin created this work with the thought of countries hosting those whose place becomes impossible to depend on, thinking of the difficulty of anchoring their identity and selfhood without a context of where they belong. Daniel Henson’s paintings are abstracted reflections on the link between the sense of belonging and the right to be a host. Through his practice, Henson examines his emotional responses to his own foreignness and his uncertainty when being counted as “part of” in Ireland.

Taking our story to a geographically remote context, Mary O’Connor reminisces about the hospitality of Central Asian cultures, where she lived and was hosted in peoples’ homes. Piles of paintings in towering stacks represent the elaborately beautiful weaving and embroidered tapestries that shift the household spaces’ functionality, stacked by the women of the house during the day, spread for sleeping at night. O’Connor’s project includes the performative act of piling, accompanying the assembled paintings. The labour of maintaining a household as a space that harbours the family is in the root of Monika Crowley’s series of prints. Rather than the physical labour, this piece’s focus is with the emotional labour of parenting, and in particular motherhood. Re-enacting the repetitious gestures that fill a mother’s day, Crowley regarded the printing process as a durational performance, showcasing her prints as a thoughtful outcome.

Finally, the story of Host takes us deeper into ourselves with Esther O’Kelly’s constellation of paintings. The pieces are formal expressions of a journey into childhood, which O’Kelly considers to be a private-but-communal story. The narrative is that of the memories, a version of a reality that we harbour within, shards of lights that pierce through otherwise a misty perception of why, and how we understood the world around us and of our place within it now. 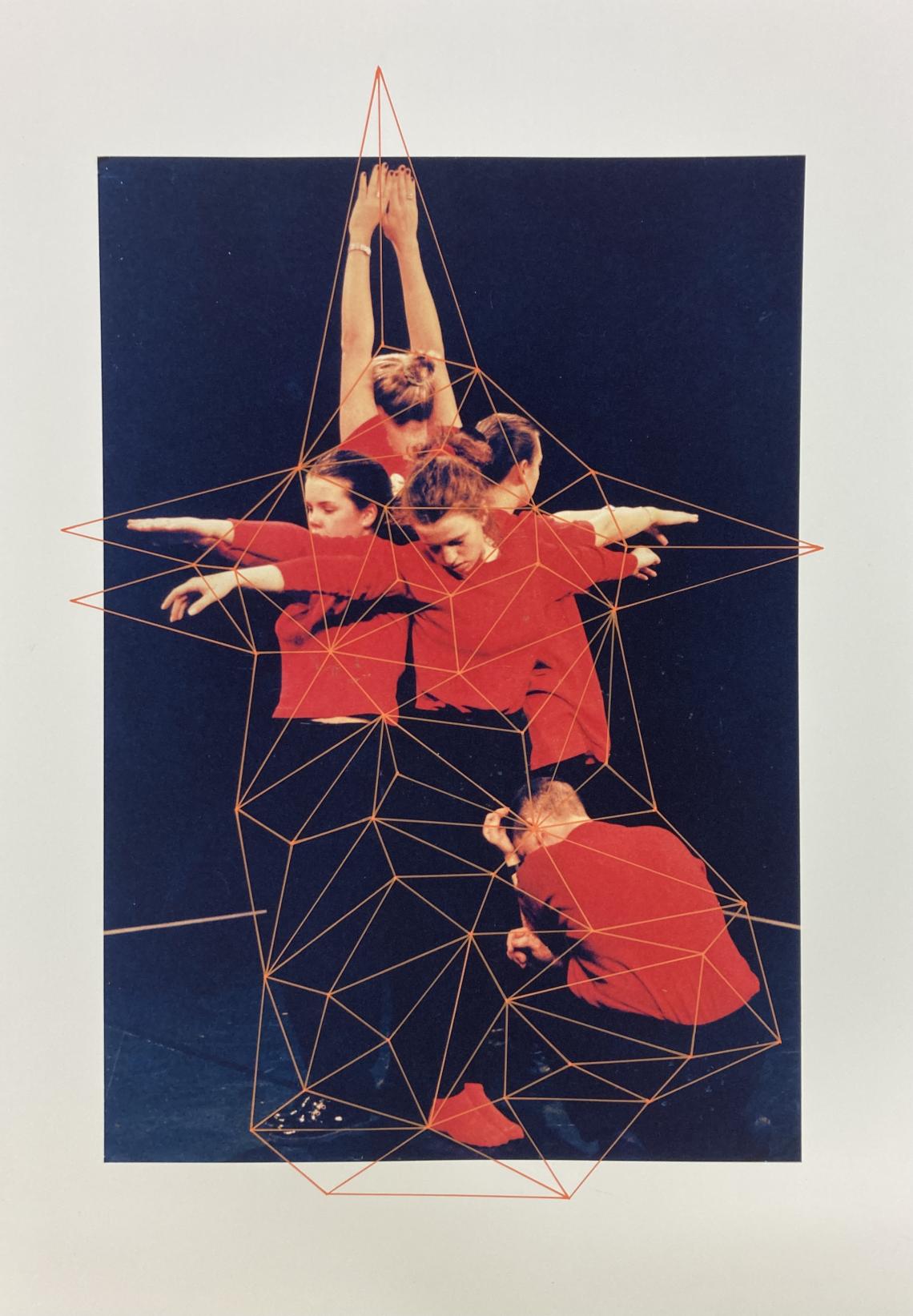 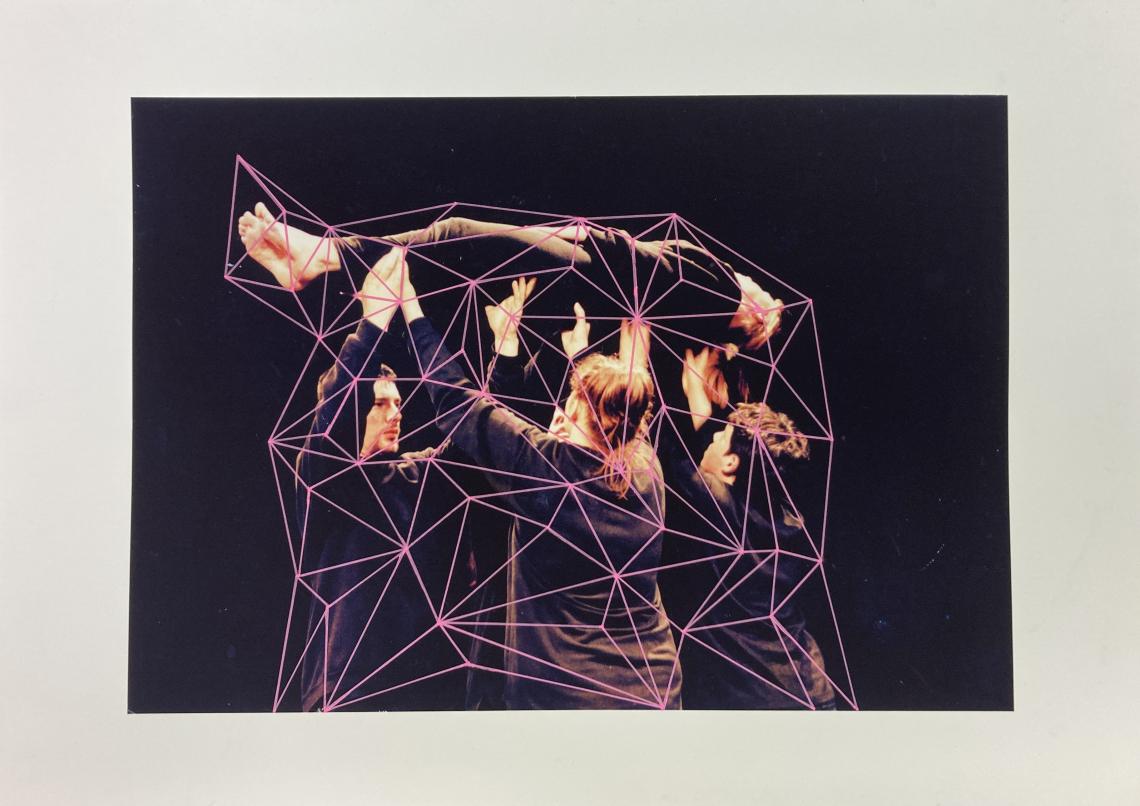 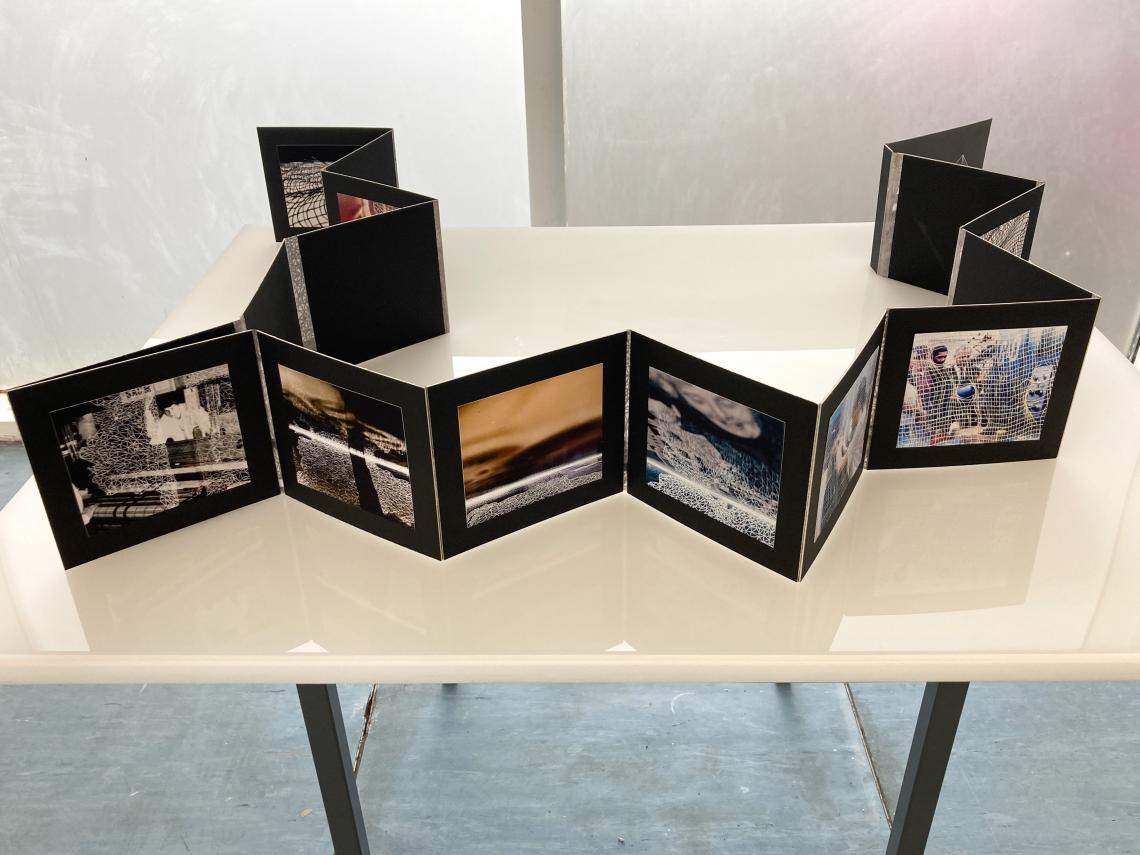